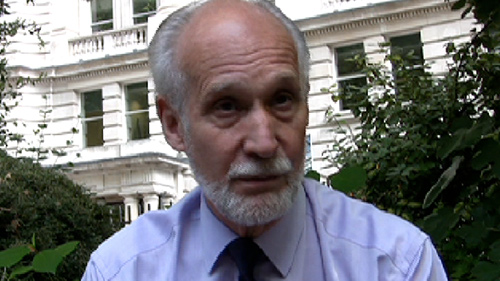 Everyone agreed on the goal: develop a global computer network. They didn’t agree on how. By the early 1980s, several different protocols competed.

OSI (Open Systems Interconnect), backed by European telephone monopolies and most governments, was favored. Other strong competitors included two corporate networks, IBM’s SNA and DEC’s DECNET. The dark horse contender was the Internet, defined only by a self-governing community dependent on volunteers.

The Internet community was nimble—able to develop in months what took the OSI committee-based process years—but it scared off some potential adopters because nobody seemed “in charge.” OSI was the Internet’s direct competitor. It was well-defined, supported by various governments and benefited from the example of XNS and other protocols. But it suffered from too much complexity and too little working code. Before a single standard dominated, connecting together networks running different protocol suites was difficult. This shirt lists some of the networking protocols Cisco supported, of the dozens common in the 1980s.

Introduced in 1974, SNA was IBM’s proprietary networking architecture connecting mainframe computers to peripheral devices like teleprinters and displays, and later to other computers. Initially fixed and hierarchical, it eventually became more dynamic. SNA was the dominant protocol in large companies for decades.

DECNET was a popular networking architecture, but it was proprietary and thus not adopted by standards bodies and some government customers. In 1987 DECNET transitioned from DEC’s own protocols to the ill-fated OSI standard, which eventually lost to TCP/IP.

We reject kings, presidents and voting. We believe in rough consensus and running code.

Big projects, like inventing a new network, are commonly run from the top down, by companies or standards-setting bodies. The young ARPANET community evolved its own bottom-up style of productive yet unstructured group collaboration.

Participants solved problems on their own, and then contributed their solutions to the group as RFCs (Request for Comments). The best RFCs became standards. The meritocratic, peer-reviewed approach was similar to the process for scientific research.

That freewheeling style became a model for later projects, including the Web and open source communities.