The “General Plan” of the Analytical Engine

The “General Plan” is among the few documents recording the extent, and limits, of Babbage’s progress on the Analytical Engine before he abandoned the project.

From 1821 to 1833, the British mathematician and engineer worked on a Difference Engine to produce accurate tables. In 1834, Babbage switched to a more powerful Analytical Engine, arguably the world’s first programmable computer—an extraordinary device with separate memory and processing units and punched-card input. He abandoned that in 1848 for a much-improved Difference Engine No. 2. 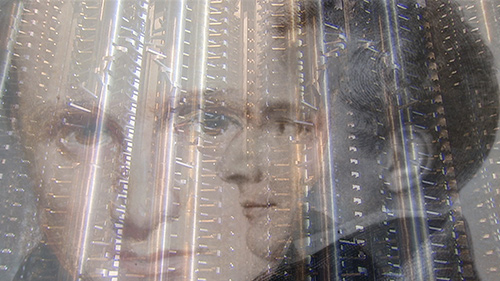 Charles Babbage (1791-1871), computer pioneer, designed the first automatic computing engines. He invented computers but failed to build them. The first complete Babbage Engine was completed in London in 2002, 153 years after it was designed. Difference Engine No. 2, built faithfully to the original drawings, consists of 8,000 parts, weighs five tons, and measures 11 feet long. Babbage held the prestigious Lucasian Chair of Mathematics at Cambridge from 1828 to 1839 and did important work in many areas besides mechanical calculation. Only a small demonstration assembly of Babbage’s first Difference Engine was built. This scale model of that assembly was a gift to retiring IBM CEO T. Vincent Learson. Ada Lovelace studied mathematics despite the social strictures of her era. She contributed to, and documented, Babbage’s work before she died of cancer at the age of 36. Peurbach’s may be the oldest surviving printed mathematical tables.