The Minds Behind ENIAC ENIAC‘s creators show it off in public.

The Minds Behind ENIAC

Everybody talks about the weather. Predicting it, however, is another matter, a daunting task requiring vast, complex calculations.

In 1941, John Mauchly, head of physics at Ursinus College, presented a paper suggesting an electronic computer to accomplish that feat. A year later, he joined the Moore School of Electrical Engineering and, with electrical engineer Presper Eckert, drafted a proposal for ENIAC.

To find funding, Mauchly had to shift gears, switching from weather forecasting to ballistics to gain Army backing. Once the project was underway, Eckert, 24, became ENIAC’s head engineer. Mauchly was an idea-generator and booster. Mauchly, the principal consultant and inspirational leader of the ENIAC project, followed in his father’s footsteps in becoming a physicist. He and the younger Pres Eckert shared an interest in computing machines and became close friends. 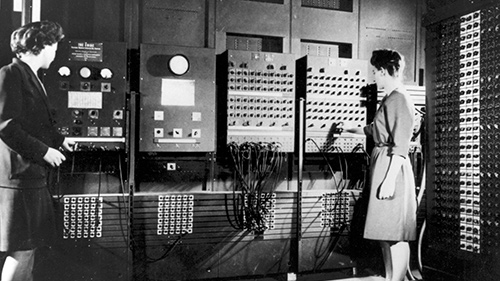 John Brainerd: What is ENIAC? 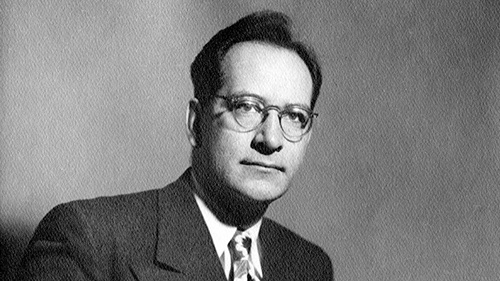 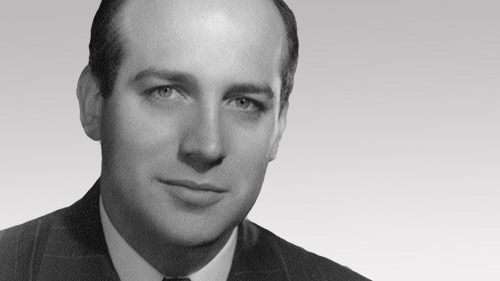 As war became increasingly technological, the U.S. Army created a Ballistic Research Laboratory in the 1930s. Among its many assignments was calculating artillery shell firing tables.

In 1935, the Lab received one of two differential analyzers --mechanical devices to help with the equations. The University of Pennsylvania’s Moore School of Electrical Engineering got the other.

When World War II began, the Army’s “human computers” couldn’t keep up with the mushrooming demand for artillery calculations. The Ballistic Research Lab and Moore School developed ENIAC, an electronic solution to ease that backlog. The U.S. Army’s Aberdeen Proving Ground in Maryland tested new weapons, such as this 155mm gun. ENIAC was moved there in 1946 to solve differential equations for ballistics problems. Captain Herman Goldstine was the Army’s liaison to the Moore School’s ENIAC project. Goldstine previously taught mathematics at the University of Michigan.