Netscape started as “Mosaic Communications,” which attracted a lawsuit from Mosaic owner NCSA. A name change was a condition of the settlement. They chose their new browser’s name, Netscape, for the company.

The newly formed Netscape hired Eric Bina and much of the Mosaic team, and soon achieved its objective. 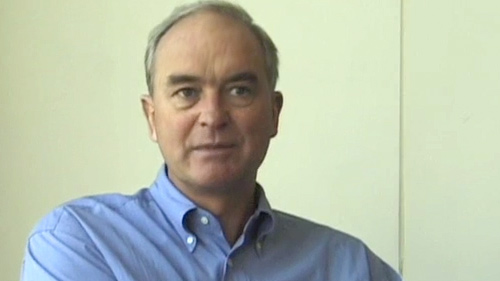 Jim Clark pioneered hardware and software for computer graphics in the 1970s, and founded Silicon Graphics (SGI) in 1982. After leaving SGI in 1994, he met Andreessen and started Netscape. Navigator, a complete rewrite of Mosaic, was more reliable and faster. Personal copies could be downloaded for free. Boxed versions like this were for sale to commercial clients. This innovative business model showed industry skeptics that an open standard could be profitable.

In 1995 Microsoft stopped challenging the Web with its MSN online service. It set out instead to win on the Web with Internet Explorer (IE), based on a licensed version of Mosaic.

Netscape, fresh from a groundbreaking IPO, was riding high. But IE overtook it by 1998. Netscape was partly reincarnated later as Firefox. In a famous 1995 “Internet Tidal Wave” memo, Bill Gates refocused the company on a new Web-based strategy for the software giant, saying “I assign the Internet the highest level of importance.”