Around the world, companies pored over available operating system and hardware specifications to produce compatible software and peripherals, as well as to build competing computers.

Among the leading competitors was Gene Amdahl, lead architect for System/360. After IBM ignored Amdahl’s advice about later systems, he left in 1970 to form Amdahl Corporation. 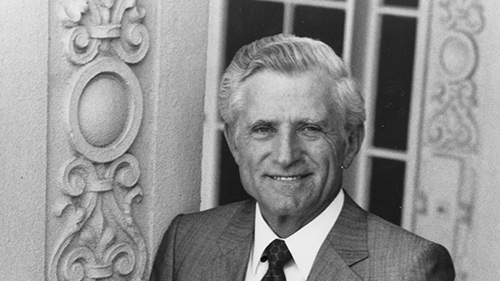 1. The Amdahl Business Plan
2. Foreign Involvement in the US Market
3. Pricing vs. Reality
4. Cutting into IBM Sales Gene Amdahl, father of the IBM System/360, started his own company to compete with IBM in mainframe computer systems. The 470V/6 was the company’s first product and ran the same software as IBM System/370 computers but cost less and was smaller and faster. MCCs were air-cooled, making them less expensive than IBM’s water-cooled assemblies. The finned cooling towers are glued to the top of the integrated circuits. A plastic cover directed cool air over the towers and out the top of the computer.

How serious was the threat to IBM’s dominance in the 1960s? Consider that its primary competitors were called, “The Seven Dwarfs.”

Other manufacturers sold many computers, but none seriously shook IBM’s supremacy. IBM prospered by cultivating its pre-existing customer base, and by solving client problems rather than emphasizing technical specifications. 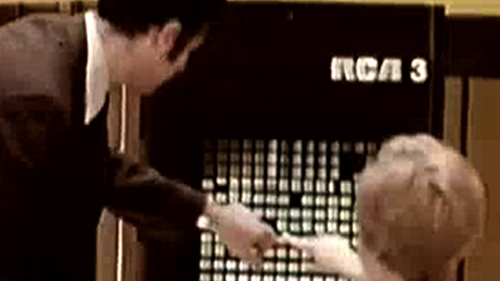 This is a promotional film made by RCA describing their new series of computers for the 1970s. The RCA Spectra systems described are lauded for their software compatiblity with the IBM 360 series and lower cost. The film is narrated by a character actor of the day and features some fast-action editing, behind-the-scenes footage, and fast-paced music. Control Data Corporation was synonymous with supercomputing during much of the 1960s and 1970s. The 9400 was designed for mid-sized businesses interested in easy system growth. It offered high-speed memory technology and its monolithic integrated circuits did more in less space than IBM’s SLTs. Honeywell warned against buying a computer simply because it was “politically safe.” The company was mocking the slogan, “No one was ever fired for buying IBM.” The 6600 had 400,000 transistors and more than 100 miles of wiring. In addition to a blazingly fast floating-point processor, it had 10 “peripheral processors” that did housekeeping and input/output tasks at the same time. Unlike most of the “dwarfs,” Burroughs had deep roots in calculation devices. Around 1890, founder William Burroughs had introduced the first commercially successful printing adding machine. GE 400-series computers were specifically tailored for timesharing. Machines thousands of miles apart could be connected for load sharing and backup.