Steve Wozniak debuted the prototype Apple-1 at the Homebrew Computer Club in 1976. For $666.66, buyers received a simple single-board computer with 4K of RAM. A cassette-based BASIC programming language simplified interaction though users had to add a power supply, keyboard, storage system, and display to build a fully-functioning system.

When Steve Jobs and Steve Wozniak completed the Apple I, they didn’t alert the media. They demonstrated it to their soul mates at the Homebrew Computer Club.

The Homebrew Club—like similar clubs—was a forum for sharing ideas. It attracted hobbyists and those eager to experiment, many of whom became leaders in personal computing. 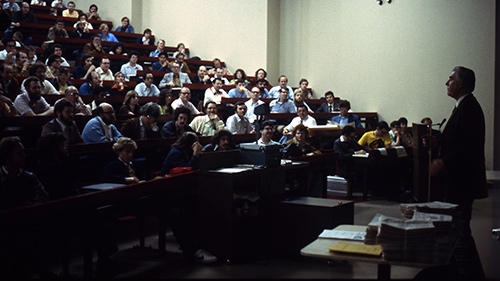 1. The Start of the Club
2. Homebrew First Meeting
3. Meeting Structure
4. Not Everyone was Pleased
5. The Open Letter Founding member Fred Moore created the Homebrew Club’s first, single-page newsletter. Moore expressed the shared excitement of the group: “I expect home computers will be used in unconventional ways – most of which no one has thought of yet.” The Club met in the auditorium of the Stanford Linear Accelerator Center, and hobbyists displayed their latest creations in its lobby entry. Anyone who came even once was considered a “member” and could sign up for the newsletter. 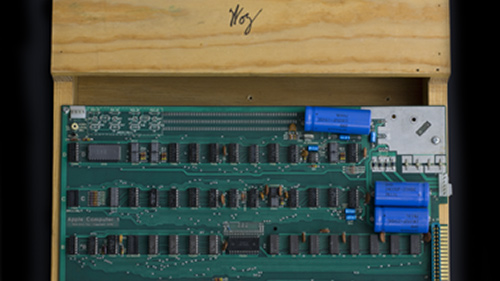 Steve Wozniak: The Homebrew Computer Club and the Apple I Steve Jobs (left) and Steve Wozniak (right) met in a friend’s garage in the late 1960s. The two of them bonded over their shared interest in electronics and practical jokes. Two years after its founding, the Club was thriving, with over 1,500 names on its mailing list. That spring, “The First West Coast Computer Faire” in San Francisco, organized by members Jim Warren and Bob Reiling, attracted 180 exhibitors and 12,000 attendees.

Even do-it-yourselfers didn’t do it entirely themselves. The Altair 8800 was the first popular computer kit. 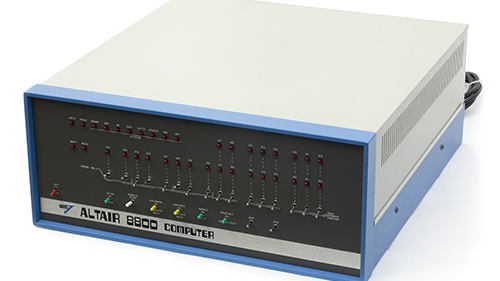 Allen and Gates had no access to an Altair when they wrote their BASIC programming language interpreter for it. They debugged the program on a DEC PDP-10 timesharing computer using a simulator of the Intel 8008 microprocessor that Allen had written. Roberts founded Micro Instrumentation and Telemetry Systems (MITS) in 1970, producing electronics kits for model rockets, and later calculators. When calculators became too cheap to be profitable, Roberts designed a $397 computer kit called the Altair 8800 and had it appear as the cover article of Popular Electronics magazine. Orders flooded in.

Paul Allen finished his BASIC program while flying to Albuquerque with Bill Gates to demonstrate it to MITS’ Ed Roberts. Microsoft later created interpreters for many other languages and processors, though BASIC remained its most valuable product into the early 1980s. This cover featuring the MITS Altair 8800 excited thousands of geeks eager to own computers. The computer hadn’t been finished or even named when editor Les Solomon solicited the article. The magazine photographed an empty box and chose the name “Altair.”