Computers hold thousands of data records. Imagine if finding the one you wanted required starting with the first, then going through them in order. 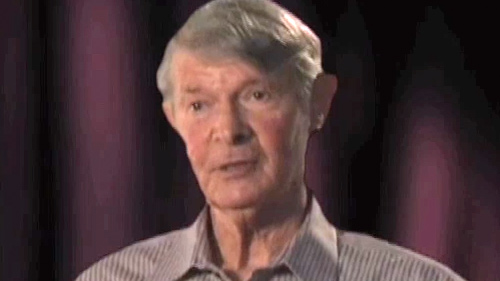 Computers were victims of their own success. As businesses came to rely on them, it became increasingly cumbersome to process towering stacks of punched cards or read data sequentially from magnetic tapes.

This first disk drive begat an entire industry that has been fundamental to the computer’s success.

...We must immediately...attack accounting problems under the philosophy of handling each business transaction as it occurs, rather than under the present condition of batching techniques.... [otherwise] we cannot expect to accomplish the real purpose and the real use for electronics in the business world.

A high school science teacher in Michigan invented a machine in the 1930s to score standardized tests by sensing pencil marks. IBM acquired the rights to Rey Johnson’s machine. It also acquired Rey Johnson, hiring him as an engineer.

Johnson, who led the RAMAC development team, was known for nurturing a spirit of teamwork, and for drawing on talented individuals from varied backgrounds. He himself had little formal engineering training, yet nonetheless earned more than 90 patents.

Like most inventions, RAMAC built on a foundation of earlier ideas. One inspiration for IBM’s team was a disk drive concept described in 1952 by Jacob Rabinow at the National Bureau of Standards. Rabinow patented but never produced his design. Rey Johnson in front of RAMAC

In addition to his work on disk drives, Johnson collaborated with Sony on videotape. After retirement, he developed the “Talk to Me Books” technology for Fisher Price. This is an original prototype of Jacob Rabinow’s notched disk. The notches provide space for heads to move to the correct disk. IBM hired Rey Johnson in 1934 because he invented a test-scoring machine for schools, which IBM later developed as a product. Johnson established IBM’s San Jose, CA laboratory in 1952 and was charged with bringing west coast engineering talent into IBM. Russian-born Jacob Rabinow earned 230 patents in a long career with the National Bureau of Standards.