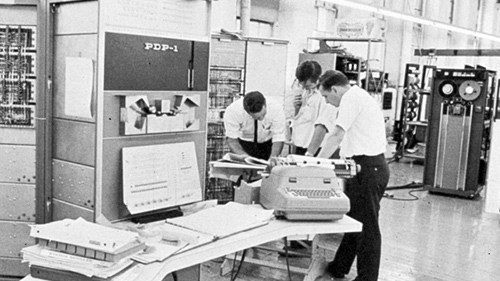 DEC Digital: From the Beginning

The company made test equipment logic circuits for its first three years, not creating a computer, the PDP-1, until 1960. In 1965, the PDP-8 helped DEC become the market leader. A roster of successful products followed in the 1970s. In 1981, DEC’s revenues reached $3.2 billion.

With no strategy for confronting the rise of personal computers in the 1990s, however, DEC’s fortunes faded. Compaq bought the company in 1998. General Georges Doriot and his pioneering venture capital firm, American Research and Development, invested $70,000 for 70% of DEC’s stock to launch the company in 1957.

Doriot believed in Ken Olsen’s vision, once stating “Ken Olsen had a product that he could make the next day and that was important. But Ken also had a view of the future. He had a family of products in mind. Ken was taking a risk, but it was a thought-out risk, the kind of risk I favor. I was impressed Ken had the ability to sense the evolution of the market. He re-developed or re-invented products in some cases, always following the market. Ken had the desire to do something useful, constructive, and imaginative.” Anderson was both co-founder and Executive Vice President of DEC. In 1957, Anderson and Olsen left MIT Lincoln Laboratory to form DEC. In 1957, Ken Olsen and Harlan Anderson started Digital Equipment Corporation in Maynard, Massachusetts. The new company, Digital Equipment Corporation, took over 8,680 square foot leased space in a nineteenth century mill that once produced blankets and uniforms for soldiers who fought in the Civil War. The mill is still in use today as an office park (Clock Tower Place) and among its tenants is the online employment website, Monster.com. The original proposed name was Digital Computer Corporation, but Olsen and Anderson were advised that it would be difficult to raise money to start a “computer” company. Olsen was co-founder and CEO of DEC. Under Olsen's leadership, DEC at its peak was the second largest computer company in the world. Fed by MIT and other nearby engineering schools, many technology firms got their start in Boston’s suburbs—including minicomputer makers DEC, Computer Control Co., Data General and Prime.

“I developed this patter: ‘Well, tell me about the application you have in mind. We have three lines of modules ranging from five to ten megacycles and …’ The line would go dead and I’d hear, ‘Hey Joe, guess what, I’ve got a…woman…engineer on the phone!” Barbera Stephenson, a 1961 engineering graduate of MIT, was hired by Ken Olsen as an applications engineer. Most of the workers who assembled components onto printed circuit boards in DEC’s factory were women.