Solving the Riddle of AI 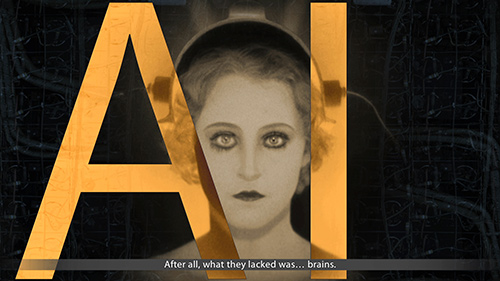 Computers can be taught to play chess, drive cars, recognize faces, understand speech, and talk to us. How did we endow computers with this level of artificial intelligence? And how much further can we go in getting them to reason like human beings, think for themselves, and demonstrate common sense?

Solving the Riddle of AI

Researchers turn to three main sources for clues about how to build intelligent machines: philosophy and logic (thinking, abstractly, about thinking); life (studying smart animals, including us); and engineering (examining intelligent behavior in the machines we build).

All three approaches have led to advances, and all three are still actively pursued.

The artificial intelligence problem is taken to be that of making a machine behave in ways that would be called intelligent if a human were so behaving. The roots of MIT’s CSAIL go back to the AI lab founded in 1959 by John McCarthy and Marvin Minsky.

In 1989, IBM assembled a team to develop a computer that would beat reigning World Chess Champion Garry Kasparov. Their first computer, Deep Thought, lost to Kasparov in 1989. In 1996, the renamed Deep Blue met Kasparov for a best-of-six games match. In the first game, Deep Blue made history by defeating Kasparov but Kasparov bounced back to win the match with a score of 4-2.

A six-game rematch took place in New York in May 1997. Kasparov won the first game but lost the second game. Kasparov never recovered his composure and in the last game, he made a simple mistake and lost, marking May 11, 1997, as the date on which a World Chess Champion lost a match to a computer. IBM supported the development of a computer that could beat the World Chess Champion to promote IBM’s image as a leader in computer technology.

Creating the Tools for AI

The programming language LISP (“list processing”), invented in 1958 by John McCarthy at MIT, became the “lingua franca” for AI. Many AI algorithms became a standard part of the computer scientist’s toolbox. Japan encouraged research in artificial intelligence based on the Prolog programming language. This personal computer for AI education came with voice recognition software and a touch pad. LISP, the preferred language for AI, ran slowly on expensive conventional computers. This specialized LISP computer, both faster and cheaper, was based on the CADR machine designed at MIT by Richard Greenblatt and Thomas Knight. More than a dozen MIT “hackers” worked at Symbolics to commercialize MIT’s LISP machine technology, but their relationship with those still at MIT became rocky.

Starting in the 1980s, the Japanese government invested heavily in a largely unsuccessful “Fifth Generation Computer” project focused on AI and parallel computing. While SEGA’s hardware was advanced for a small PC, many of the 18 games released in Japan for this computer were considered dull. SEGA’s AI computer used a scaled-down version of the logic programming language Prolog, which was originally designed for much larger machines.